We are organizing a Rebellion seeking to change the course of governmental policies. A Rebellion to force our government to put the People first, instead of their corporate masters.

It's not impossible. The Rebellion is worldwide.

XR Philadelphia reaffirms its commitment to the fourth demand of Extinction Rebellion US, which states:  "We demand a just transition that prioritizes the most vulnerable people and indigenous sovereignty; establishes reparations and remediation led by and for Black people, Indigenous people, people of color and poor communities for years of environmental injustice, establishes legal rights for ecosystems to thrive and regenerate in perpetuity, and repairs the effects of ongoing ecocide to prevent extinction of human and all species, in order to maintain a livable, just planet for all."

Our fourth demand is not only a matter of simple justice, but a strategic necessity, as the most ardent defenders of the Earth have always been Indigenous peoples and others who are the most affected by environmental racism and the increasingly negative effects of climate change.

A splinter group (XRAmerica) has recently formed that rejects this fourth demand and its call for climate justice. XR Philadelphia rejects them. 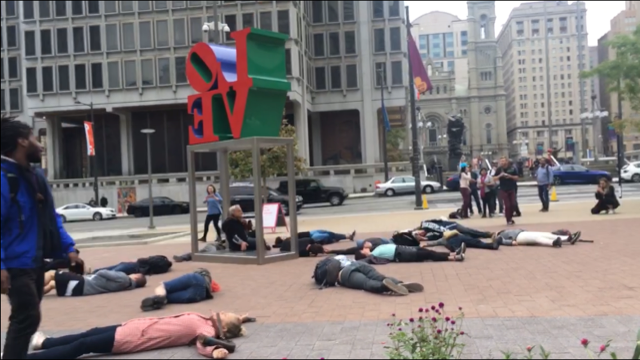